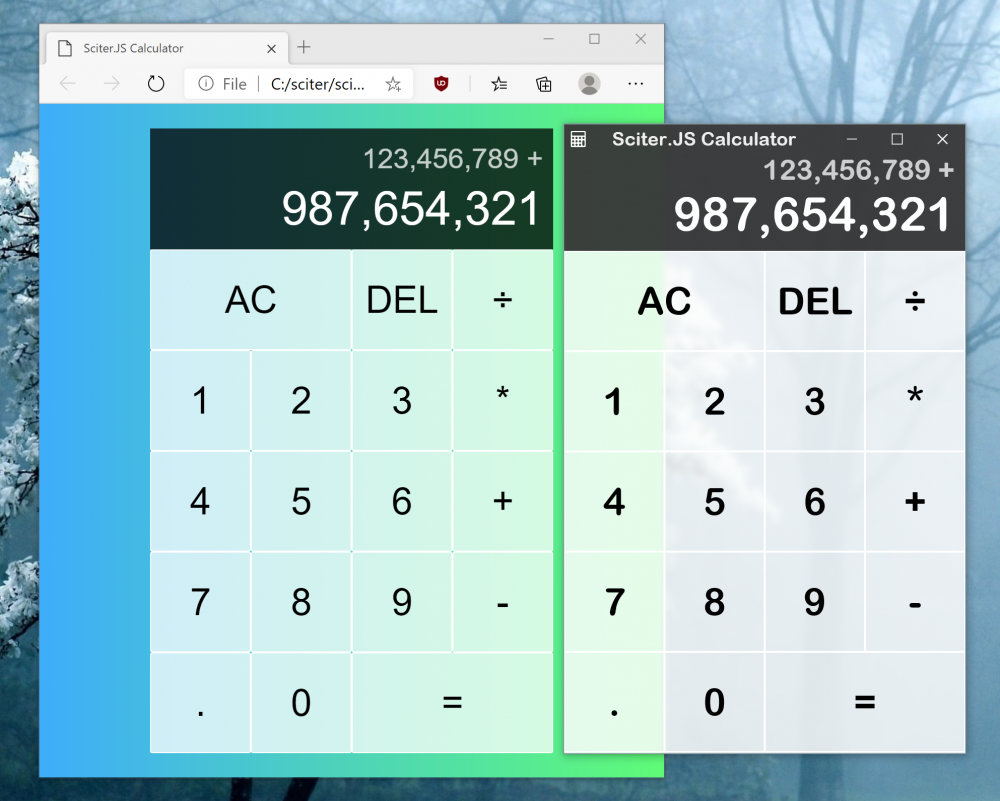 Without too much fanfares Sciter has officially transitioned from TIScript to JavaScript this week.

To be precise, there are two Sciter’s at the moment: Sciter.TIS and Sciter.JS. It is just from now and on Sciter is a synonym of Sciter.JS. And so Sciter.JS is the official, mainstream version.

But Sciter.TIS is still supported and maintained until I have customers that use it.

TIScript was serving Sciter exceptionally well all these 10 years, however 6 months ago I decided to switch to JavaScript. Reasons of why:

TIScript is rooted at David Betz’ Bob Language that was published in DDJ in 2002. While I’ve made TIScript syntax explicitly close to JavaScript, its architecture and implementation inherits original structure and features of Bob:

TIScript is good and is close to JavaScript but it is not JavaScript though. You cannot take existing JS library and use it in Sciter as it is. So, not without regret, I have decided to switch to JavaScript. QuickJS in particular.

QuickJS, new kid in the block

QuickJS is relatively recent addition to the list of JS implementations . And here are key reasons why I decided to use it:

If to compare with TIScript the only major difference is reference counting GC and I have mixed feeling about it. RC memory management has as pros as cons , in context of HTML/CSS/UI in particular. Anyway Python uses it all these years in similar circumstances so it definitely will work.

Major benefit of RC GC is that memory management is more deterministic. For example: an object created inside a function can be freed at its exit (if it is not stored anywhere). This may lead to better memory consumption.

On other hand there is a possibility of memory fragmentation on long runs. But we can use other than default memory allocator in QuickJS if this will be a problem. We will see.

TIScript features that are not in JavaScript. Yet?

JavaScript in general is quite foreign to HTML and CSS. While I’ve added better HTML support to QuickJS by adding JSX and reactivity (VNode literals), at the same time CSS constructs are still can be expressed only by their string representations. This involves parsing at runtime when you need to set CSS properties from script – not that good.

TIScript syntax and runtime has the following CSS helper features in this regard:

We can live without all these of course, sky will not fall on us, but aesthetics of our sources is what makes us, developers, at least a bit more happier among boring pages full of JSON and the like constructs.

So welcome to new Sciter!