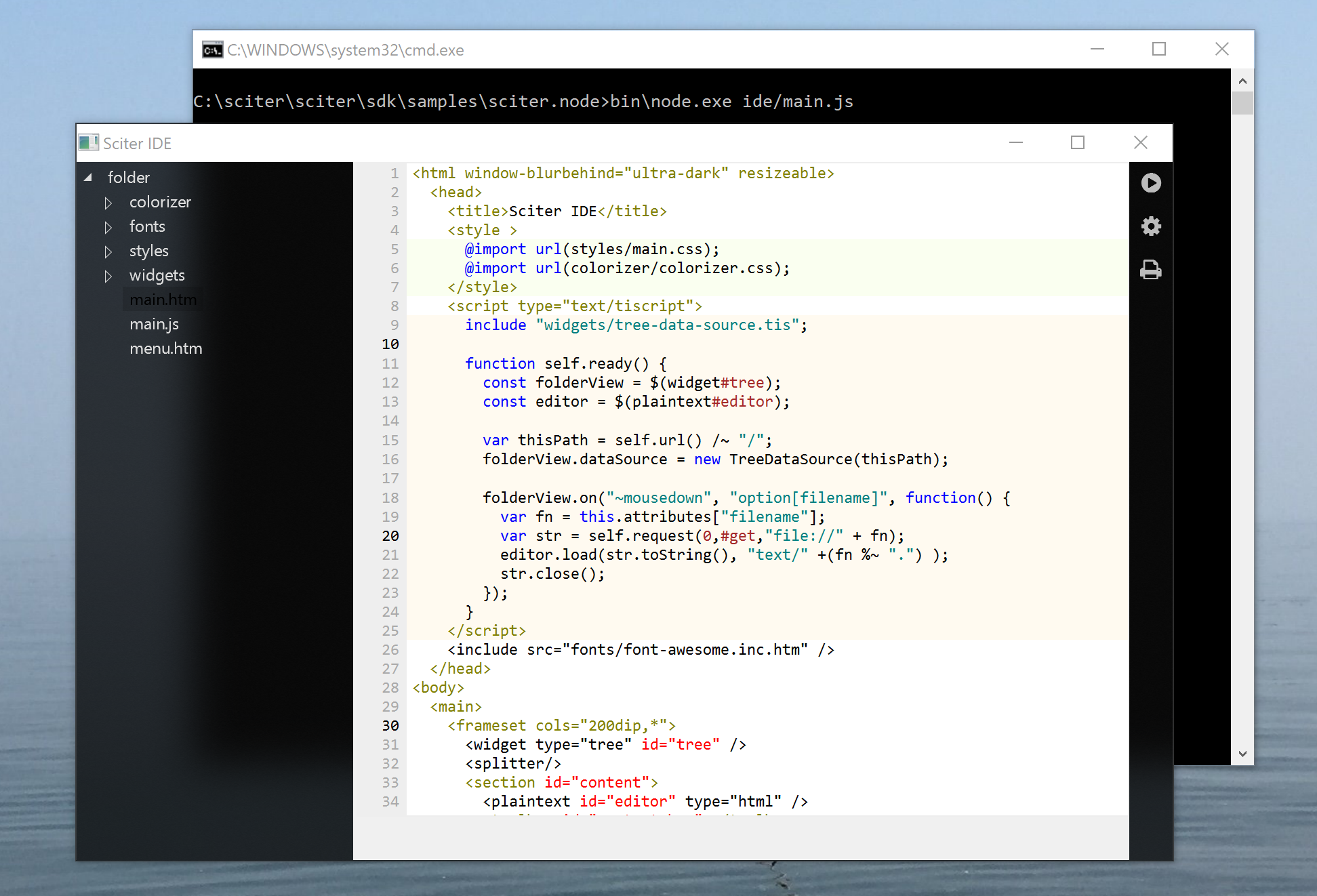 As we know Electron.js is built of Chromium and Node.js. Where Chromium is a full scale Web browser that even uses its own, independent JavaScript engine.

But what if to replace Chromium in Electron by Sciter?

In order to get some stats I’ve compared Microsoft Visual Code, as typical Electron.Js application, with the “IDE” sample from Sciter’s SDK that has similar UI structure:

Here are some numbers for you to consider:

I think the numbers are at least motivating.

Sciter is made of the following modules: HTML, CSS, Graphics, Script compiler and VM, libUV and script runtime.

So ideally sciter.node is just HTML, CSS, Graphics modules of Sciter compiled into NodeJs statically – it will use JavaScript instead of Sciter’s Script and common libUV. But that will be not Sciter nor NodeJs but something else at the end.

20 Replies to “Sciter+Node versus Electron”