ScIDE is a compact and handy source code editor with syntax highlighting (colorizing). 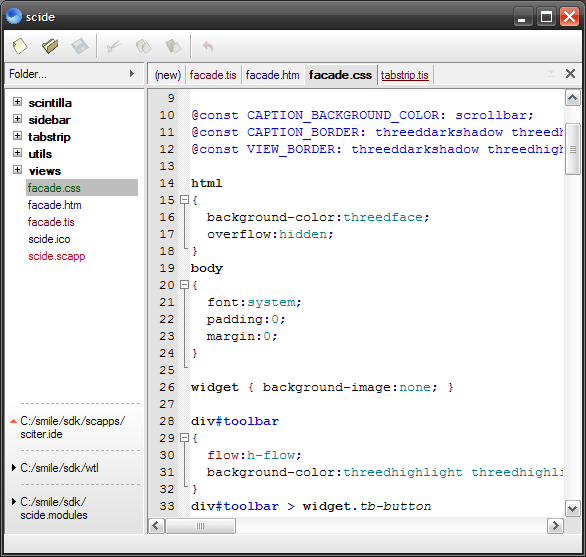 ScIDE is lightweight and very fast despite of the fact that it uses scripting. Script is used as a glue sticking UI components together.

So far ScIDE knows about html, php, asp, css, js, tis, h/hpp and c/cpp files. These colorizing schemas are defined in /scapps/sciter.ide/scintilla/schemas/*.tis files and can be extended by script.

Visual style of the whole application is totally CSS driven so can be customized in different ways.